Blockchain is a distributed ledger.

This can most easily be imagined as an Excel Workbook, with multiple Sheets.

At the heart of this concept is that we store transactions in each of these sheets. After a given time, say 10 minutes, we close the actual sheet, save the transactions that are stored there and open a new sheet. Each sheet can be seen as a block and because they are in chronological order, we can view them as being in a chain. 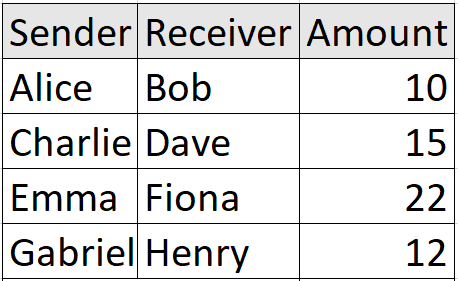 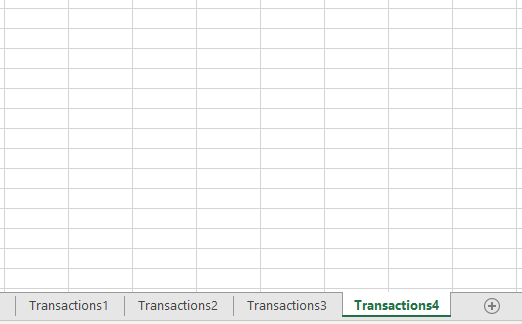 The blockchain doesn’t only store transactions, it also stores so called Hashes. One for each block. Some of the key attributes of hashes are that it is unique, similar to a fingerprint, and that it is generated based on the contant of a block. This way, if the content of a block changes, than so does its hash.

Block store not only their own hashed, but the hash of the previous block. This way, the blocks will point at each other, forming a chain.

If the content of a block is changed -for example in the middle block Fiona changes the Amount she received from Alice from 36 to 150- than the Hash of the block will change as well. Following this change, the third block will no longer point to the middle block, for the hash of this block has been changed, hence the chain is broken.

This mechanism can guarantee, that once a data is stored on the blockchain, it cannot be modified or deleted, for it would discontinue the chain and all the members of the blockchain would notice.

Another mechanism worth mentioning is mining.

The goal of mining is to add a new block to the existing blockchain and to gain reward for doing so. The first step in doing so is to verify the content of the block. If every transaction is valid, a miner can generate the hash of this new block. The process to generate a hash only takes a few moment for an average computer and if mining had only 2 parts, verifying and creating the hash, the blocks would appear too fast after each other. In Bitcoin’s protocol the goal is to add one block every ten minutes. This can be achieved by giving rules on how to generate the hash. A rule could be for example that the hash should start with 6 “0”‘s. The transactions in a block are given and can’t be modified, so there was another type of data that had to be given to each block, the so called nonce. While mining, the participants are trying to figure out what value a nonce should have in order to reach a hash that can fit the specifications. The first one to find such a nonce will have the right to add a new block and get the reward for doing so.

Back
© 2022 . Created for free using WordPress and Colibri